Cardiff Women’s Aid grew out of the feminist movement, when the first refuges ran by women activists were the only safe place for women and children escaping violence in their own homes. Our founding came as part of the second wave of feminist and the women’s liberation movement, which helped to inform the organisations founding mission and values that are still upheld today.

As a social justice organisation and one that believe in equality, we know that ending violence against women and girls is at the forefront of creating a safer and equal world for everyone.

We are proud members of, and actively engaged, in the latest iteration of the women’s movement that stands wholeheartedly against: sexism, misogyny, racism, homophobia, xenophobia. We also stand against all other structural inequalities built into the patriarchal and heterocentric structures that continue to direct the world’s resources, set its laws and influence the customs that affect our everyday lives. 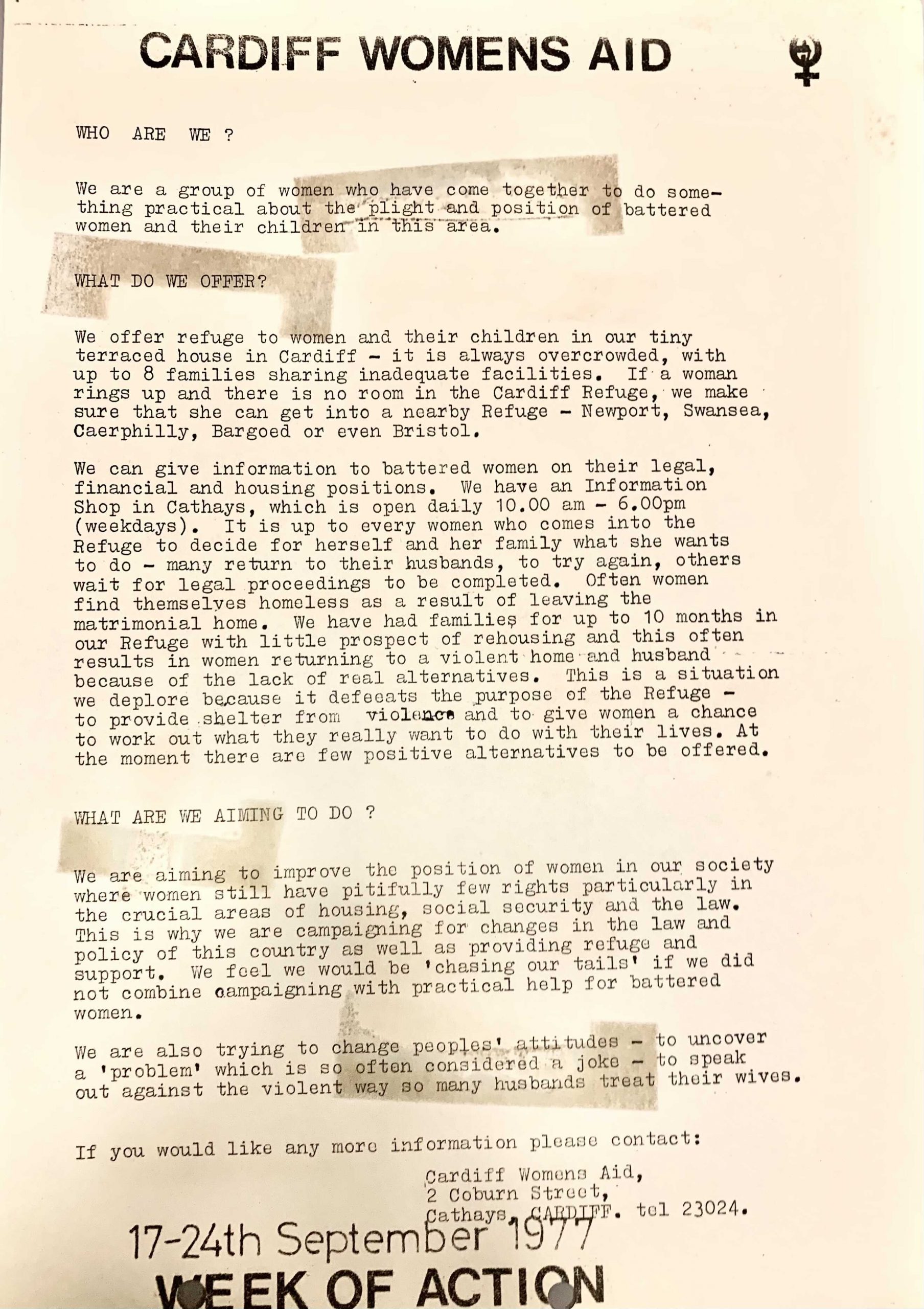